Late last winter a friend and I rented a car and drove to stay for a week in the woods. Our goals were to start and finish a creative project and keep the fire in the pot belly stove going. There was also a bonus cat––Bella––on the premises.

My project was to make a comic––no pencils, references or outlines. No research (books or phone), no editing what I put down. I brought a bottle of ink, a couple of nibs and a fat sketchbook. I pined after the looseness and freedom of Inside Moebius.

I hoped that by stripping away what was unnecessary I could focus only on the part of me that came up with ideas.

Turns out there are many parts within me, each vying for attention with their demands and strangeness and will to life. These will be familiar to you, too. 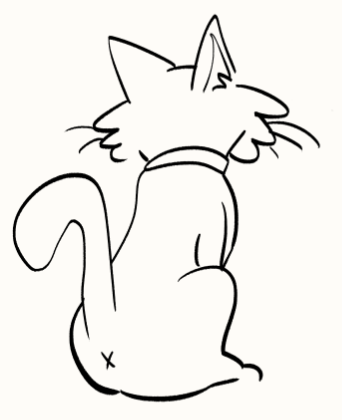 (Bella sat with her back to my words.)

There are nine muses: nine creative, desirable and unreliable daughters born of Memory and Zeus. Bella the bonus cat (who for certain still has her full nine lives intact) was spotted twice, her back to me even as I made vulnerable gestures like stretching out an open palm with a wad of chicken.

Bella was our muse.

The muse is the voice that visits when you’re caught in your bathrobe, unprepared, feet cold, toothbrush dangling out of mouth and clouded by drivel as she waltzes in, sweet and fresh as always, pouring new characters, connections and sharp lefts into your brain.

Bella the muse, the muse in your head, visits and moves the story forward only when she knows you’re not lying in wait. Any whiff of desperation or premature condemnation of her ideas and she’s out the cat door. 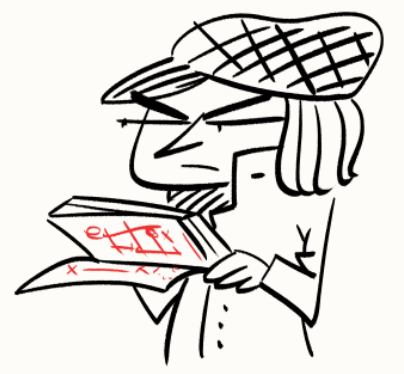 I eked out a handful of panels and that was cue enough for the Script Supervisor to appear. This voice was adamant that my story make sense, that there be continuity and that the characters didn’t look like whimsical smush but maintained their age, tattoos, moles and hats from one page to the next.

Under her beady gaze I found myself flipping back through pages, making sure the rules of my comicverse were never violated. This upset Bella, who said she couldn’t work under these conditions and would be leaving now. I became too concerned with nitty gritty continuity than allowing the story to flower.

My friend suggested I start each day reading what I had drawn the day before and then not reference those pages again until the next morning. This was enough to push the Script Supervisor into a background role instead of letting her trample my budding garden in her power heels. 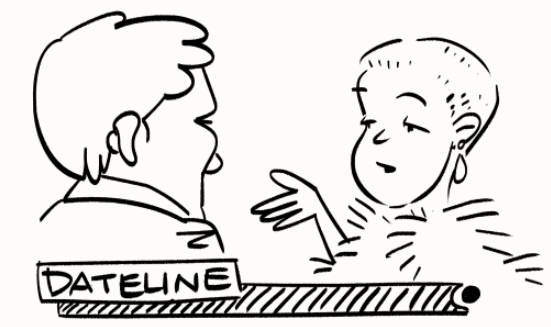 I turned, diamond earrings throwing shine at the camera:

“You know, it was a real struggle in the beginning but that trip to the woods really changed everything. All that creativity I had inside of me just-“

Here I would shake my head and click my fingers, an accomplished, dry clack with a spreading smile that hits the mark with audiences everywhere.

One of the most frequent voices that appeared was alternate, super-celebrity me. This was the me that craved love and attention from everyone. Every time I drew a panel I liked, I would think “oh my God what if this … what if this is really good?!”

And just as in real celebrity mania I would, in the next breath, doubt everything I drew and wonder where my life was going.

Future, famous me was the most persistent visitor with the least to offer. She was after glitz and glamor and bred impatience and arrogance. She had a loud mouth but no hands with which to work. 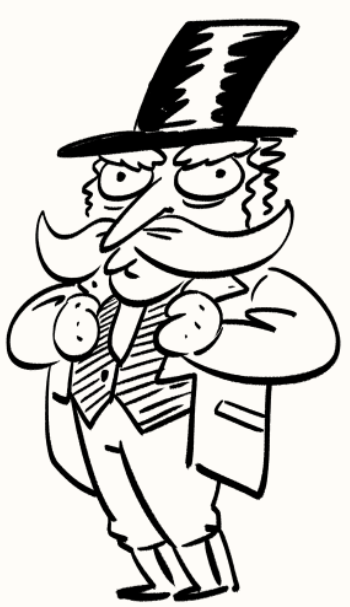 As we approached the end of our time in the woods, and the end of my comic, a new voice emerged. The Ringmaster, rushed out of his tent to make sure everything made sense.

Everything needed to be linked together through cause and effect, and nothing should be left to chance or the reader’s brain.

Toward the end of our trip I had a bunch of open loops in the story and multiple characters. It was time to start tying the threads together and making sure we exited the story more satisfied – or at least more moved – than when we began.

The Ringmaster seized this mission and began tying threads one dead knot after another, bam bam bam. It was impressive. He would spot a gap in the scenes, come up with and then walk me by the elbow through a most rational explanation and tell me to put it on the page now. The Ringmaster is wielder of certainty, bringer of good relief because at last, now we know where we’re going! Things make good sense and nothing in the story can be misinterpreted.

I caught myself before the knots began to tangle and weigh heavy. The Ringmaster is enthusiastic but crushing, bending story to will with no room for the mysterious. A story that’s too logical and airtight carries too much weight – nothing alive can be so heavy as that which is dead. We’re not so much interested in dead stories.

I sent the Ringmaster off to get a cold drink and I laid out some catnip for the Muse instead. The Ringmaster means well, but he is a compass who mistakens himself for a map. I was appreciative of the direction he provided, but it was the Muse who would offer the final path to a conclusion.

Out Of The Woods

I finished the comic, and my friend finished his project – a play.

Recharged, wiser for figuring out a wood-burning stove and confused as to whether Bella was cat or Muse, we drove back to Brooklyn, stopping at a diner on the way and listening to the owner’s plans for bottling and selling her hot sauce straight to Manhattan gullets.

After being so focused on our own voices and ambitions it was nice to hear someone else’s for a change.